Emanuel Wynne was a French pirate of the 18th century, and is often considered the first pirate to fly the Jolly Roger. His design incorporated an hourglass beneath the bones to represent that time was running out. 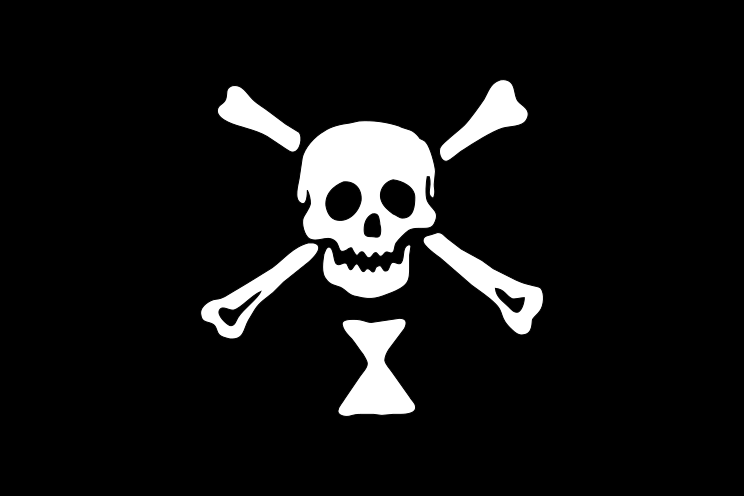 British Admiralty Records, in the Public Records Office in the UK show, in a report dated 18 July 1700, that HMS Poole, commanded by Captain John Cranby, engaged Wynn's ship off the Cape Verde islands. Cranby chased Wynn into a cove at Brava Island but, assisted by Portuguese soldiers, Wynn escaped Poole. Most historians agree that Cranby's account is the first mention of a Jolly Roger, which Cranby described as "a sable ensign with cross bones, a death's head, and an hour glass." Wynne is believed to be the first (or some sources contend one of the first) pirate to fly the now familiar form of the jolly roger. His flag, showing the distinctive skull and crossbones motif, was augmented with another common pirate symbol: an hourglass (meant to signify to his prey that only by timely surrender could they evade death).

Wynne began his piratical career raiding English merchantmen off the coast of the Province of Carolina near the end of the 17th century. He later moved to the more profitable waters of the Caribbean, attacking both English and Spanish ships.